(adjective form: non-religious or irreligious) is the absence, indifference, rejection of, or hostility towards religion.[1]

Irreligion may include some forms of theism, depending on the religious context it is defined against; for example, in 18th-century Europe, the epitome of irreligion was deism.[2] According to Pew Research Center projections, the nonreligious, though temporarily increasing, will ultimately decline significantly by 2050 because of lower reproductive rates and ageing.[3] 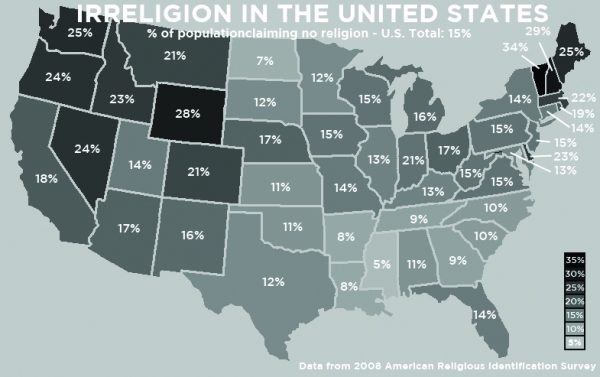